Henderson’s family had a sad history of mental illness.

As we know, EHH took his own life in June 1939, aged 53.  He was said to be a man of nervous disposition.  Clearly the stress of the Royal Commission played on his mind, together with the heavy workload and his failing eyesight – all of which combined to threaten his career.

ENLH was admitted on 20 October 1914, aged 52.  The medical certificate for admission states:

Dr Martin says ‘The patient is melancholic, refuses to speak or rise out of bed’ and Agnes Henderson states the patient refuses his food, moans and shouts all night, refuses to do anything for himself

The form of illness was listed as chronic melancholia.   ENLH was noted as a very hard working man of a very nervous disposition – just like his son.

The present illness commenced after the present war broke out. Then the patient began to worry a great deal about his work at the bank and had doubts about his ability to perform his duties there. He came home from the bank one night when all the hard work caused by the war was over and thought that he could do no more. Since then he has gradually become more depressed until it became necessary to send him here.

Of particular importance are the notes for the cause of illness, which is listed as “heredity – father died of senile insanity.  Predisposing – climacteric D2 insane heredity A1”.

ENLH’s father was Edwin Henderson, a draper, born in Morpeth, Northumberland in 1824.   The medical notes suggest that Edwin died aged 81 years in 1907 of “senile insanity”.

I will undertake more research around the possibility of heredity factors predisposing EHH to depression so serious as to lead to suicide.  This medical information about his father and grandfather is certainly significant.

My thanks to the Tyne and Wear Archives for their assistance in obtaining records from the Sunderland Borough Asylum. 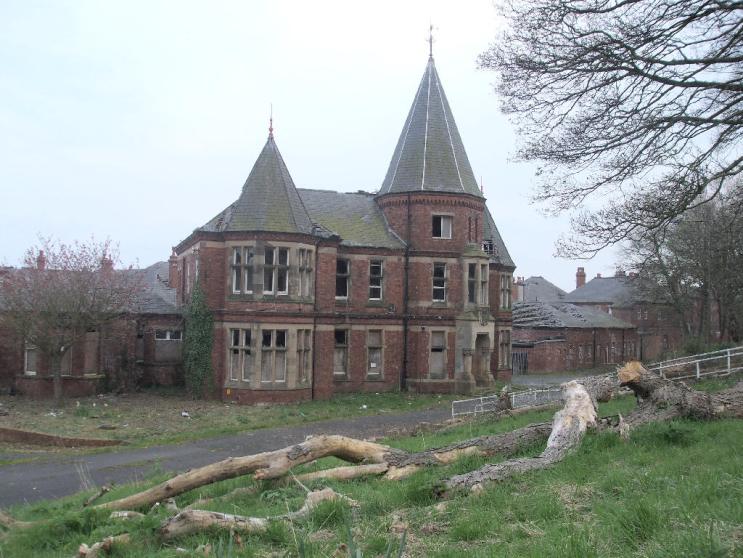