His Cup Runneth Over 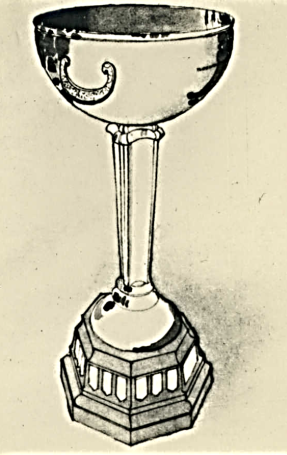 In 1934, Henderson applied to register a design for a cup (illustrated above).

This must have been a personal project he embarked on, for if it had been a product of his work for the Commonwealth, he would not have been able to seek personal registration of the design – which is effectively a copyright in an industrial design.

The examiner at the Designs Office called it not only a cup but also a trophy – which is very much what it looks like.  No one else had registered that design so registration was granted in early 1935.

Alas, the archival file does not reveal the intended use of the cup, nor why Henderson felt the need to protect his work under the Designs Act.   The protection lasted a period of 5 years under the Act, and could be renewed for a further two periods of five years.  A check of the IP Australia Designs database does not reveal any similar cup.

Perhaps Henderson designed the cup for a sporting club?  Or a competition?