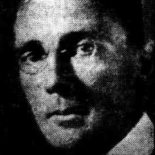 While Henderson is better known for his public buildings, he did undertake designs for domestic architecture.

Most notably, he designed houses for the Federal Capital Commission (FCC), which administered Canberra.

In the late 1920s the Housing Department of the FCC comprised of architects, clerks of works and estimators.  Their work, as an architectural practice, would have ranked with any of the contemporary ‘private’ practices in Australia, and was probably characterised by a more liberal and unconservative approach than would have been found in private practices.  Casboulte, Lucas, Henderson and Morris worked within the FCC’s Housing Office, and in the period between 1926 and 1930 they produced some masterful and adventurous domestic architecture.  This was a period when senior public servants were being inveigled to come to Canberra with the prospect of custom designed dwellings.

The relationship between the FCC, and its forbears, and the Department is not entirely clear.  Walter Burley Griffin was Federal Director of Design from 1913 to 1920.   Henry Maitland Rolland was Works Director from 1921 to 1925 when he became the FCC’s own own Chief Architect, leaving a year later to be replaced by Thomas Robert Casboulte.

Here is an example of a 1930 design for a “type A” duplex cottage in Canberra, designed by Henderson. 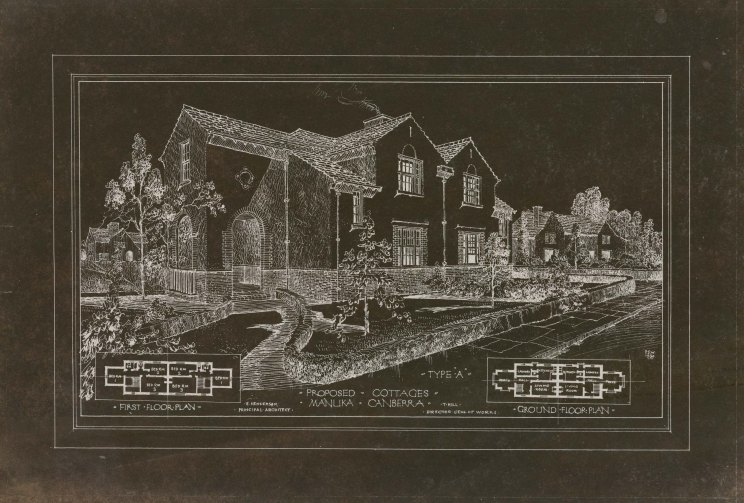 This building was designed by Henderson as Principal Architect working for the Department of Works.   The ground floor contained a porch, hall (the absence of which was something of an issue in other designs), living room, kitchen and laundry.  The first floor had three bedrooms.  The cottages had a base of brick (presumably red in the federal style) and white stucco.  The overall effect is quite pleasing.

In 1920, Henderson’s designed for a six roomed cottage was featured at the Second Australian Town Planning Conference and Exhibition (as reported in the Construction and Local Government Journal (Sydney, NSW : 1913 – 1930), Monday 19 April 1920, pages 12 and 13)

The design was generously described thus:

This is a bungalow with a Colonial feeling in its large veranda posts.  The grouping of the small barred sashes gives an excellent homely effect to the elevations, and adds to the comfort of the interior.  Built on an axis the geometrical plan has been excellently arranged with more than the ordinary comfort in the conveniences.

The home would have been quite substantial with the kitchen and utilities in one wing, separate lounge and dining rooms off a main hall, and the six bedrooms (one of which was presumably for a domestic help).